Treaties signed in the mid-seventeenth century are seen as the beginning of a new international order.

From 1618 to 1648, Europe endured one of the most annihilative conflicts in its history: the Thirty Years’ War. What started out as a religious dispute between Catholics and Protestants in Germanic statelets, over time spread throughout the continent, subsuming new aims and interests, and furthering political hegemony in the region.

With its professional armies, metal weaponry, military academies, mercenary regiments, and innovation in armaments such as transportable canon and musketry, the Thirty Years’ War incurred great human and material cost. The most likely calculations, according to historian Henrique Carneiro, point to four million conflict deaths. This figure might seem in keeping compared to the 45 million death toll of the Second World War, but given that the population of seventeenth century Europe numbered around 20 millions, the Thirty Years’ War was the more deadly; one fifth of Europeans were to perish therein.

In January of 1648, after three long years of planning, and bearing a deadweight of carnage, destruction and economic paralysis, negotiating teams from more than one hundred entities involved in the War gathered in the Westphalian towns[1]_ of Osnabrück and Münster (in modern-day Germany) to negotiate a peace accord.[2]_ The signing of the treaties (eleven in all) was lavishly financed, took ten months to piece together, but the War was finally over.

International order based on the “balance of power”

According to Raymond Aron, an international system comprises, “political entities who maintain regular inter-lateral relations, but assume the risk of general warfare”. By this, the historian is referring to a kind of reasoned order, which seeks to control the changing international scene, to manage conflict, to deal in peace outcomes and to raise points of member interests, whilst building a political eco-system which, although diverse, guarantees shared values and culture.

Aron’s notional structure, wrought by the encounters in Münster and Osnabrück, is an arrangement replacing what had gone before, a model drawn from the Middle Ages or from Christendom, where religion guided the actions of the state, and where the Hapsburgs or the Pope, the loci of power then in Europe, symbolized the source of all – or nearly all – authority. But what were the motives and features of this new international order?

To understand better, we may identify three major guiding characteristics. First, it is a system thoroughly grounded in secular precepts. Religion would continue to be important to social and political life, as evidenced in successive decades by the “divine right” of absolutist monarchies, but it would not be the State’s religious confession motivating its actions or decisions. These would be shaped by its own, mainly geo-political, interests of the State.[3]_Now emerged the “Rights of States” or “national interest”, theories developed by Machiavelli (1469-1527) and enshrined by Richelieu (1585-1642), whereby any means, including violence, was desirable for the survival of the State, whose interests were above any ideology, dogma or religion.

Secondly, the Treaties of Westphalia, products of a devastating war, envisioned an end to new conflicts of such magnitude. Thus, the new international order, whilst not making war actually illegal, established a set of procedures aimed at avoiding it at all costs. Amongst other things. diplomacy was agreed as an alternative to war, as a means of resolving conflict, and the recognition of the sovereignty of the State (in its domestic and external dealings) in the place of intervention. Moreover, the nation-delegates, wary of the possible emergence of a hegemonic power in the region, one which was much stronger than the assorted republics, even monarchies, dukedoms and principalities, held sacred the notion of equality amongst states, whatever their military or political profile. From then on, each was to recognize each other’s territory, and interests, as long as of course another domain was not at imminent risk.[4]_Thus, at Westphalia the idea was formed of European “multiple interdependency”, apart from systematising an equilibrium of power.

Most of the literature views this as a turning of the tides for the modern world. Not by chance is Westphalia seen as the first major international forum for the modern nation. According to historian Amado Luiz Cervo, “the political philosophy of Westphalia was to advance Europe’s international society in conceptual terms: the new order was the result of negotiation, legitimizing a community of sovereign states, prizing association and alliance, but not ingenuous enough to ignore the existence of hierarchy and hegemony between States, nor the re-workings in the balance of power.”

In third and final place, Westphalia transformed Public International Law, a reflex from those States which had placed the secular above the religious, and a doctrine whose framework was developed during the War by individuals such as the famous Dutch jurist, Hugo de Groot. Later such work would help to codify international laws throughout war and peace. As Valerio de Oliveira Mazzuoli explains, many authors consider that before Westphalia, there was, as such, no International Law, which would codify, for instance, Maritime Law, or the creation of a permanent military, or even the exchange of embassies. Similarly, no international bloc existed able to oblige States to submit to a body of rule-governed behaviour. Thus, Henrique Carneiro sums up the importance of the eleven treaties signed in 1648: the idea that, “all modern or contemporary politics based on the acceptance of legitimate statehood, and the incorporation of nations who accept each other as part of system overseen by international law, derives from models created and formalized by the Peace of Westphalia”.

The Westphalian model worked relatively well in the seventeenth century. But by the mid-eighteenth, France and Prussia were proving difficult to contain; the former since it had grown in strength, while threatening hegemony, the latter as it had increased its size and saw its place among the great powers. Now in the second half of the eighteenth century, Europe, destabilized by the French Revolution and the Napoleonic Wars, required a re-set to the “balance of power’. This was to be debated at the Congress of Vienna.

By immortalizing the notions, amongst others, of sovereignty, Nation-State, the Rights of State, diplomacy and the equilibrium of power, the Peace of Westphalia became a vital theme for study in the fields of International Relations and International Public Law, although no single diplomatic charter was ever produced and debate on its origins has been frequent. Recent studies, such as that of the internationalist (title given to researchers of International Relations) Diego Santos Vieira de Jesus. have problematized the gaps in the Westphalian principles of autonomy and territory, highlighting the difficulties in achieving peace and  stability. According to Jesus, “what Westphalia did, up to a point, was to enshrine a legal cooperation of autonomous, yet un-sovereign states, suggesting that sovereignty is not the only feature capable of interpreting interaction between self-determining actors”. Furthermore, he speaks of “the myth of Westphalia in modern international relations”. Nevertheless, the Westphalian treaties have caused deep consideration within the fields of History, Political Science, International Relations and Law, as well as setting a standpoint for the concepts and vocabulary of Statehood. Henry Kissinger explains that the main feature of this system, and the reason why it has spread throughout the world, is its inclination towards procedure over substance. He reminds us what Westphalia meant in his times; that as long as a state accepted these basic requirements, it could gain international citizenship, become enabled to maintain its own culture, religion and domestic affairs, and would be shielded from external interference.

[1] Westphalia is a region of Germany. It is worth noting that the political and geographical frontiers of seventeenth century Europe were not what they are today, and did not follow the same logic or standards.

[2] The Catholic powers gathered the Catholic town of Münster, while the Protestant town of Osnabrück hosted the Protestant contingent. According to Kissinger, neither town was prepared for a meeting of this size. The Swiss delegate was lodged above a textile works, in a room that reeked of sausage and fish oil, while the Bavarian delegation secured only eighteen beds for its twenty-nine envoys. Check the reference below.

[3] It was agreed that religious minorities, however, may follow their faith without fear of repression or forced conversion, a landmark even though religious tolerance has very often travelled in the opposite direction at various times and space throughout Europe and beyond, right up until today.

[4] The end of the Thirty Years’ War alone prevented the founding of a huge power bloc represented by the House of Hapsburg, and the Holy Roman Empire’s German States, dating from the year 962, but thoroughly weakened after 1648. Spain, a great power during the fifteenth and sixteenth centuries was similarly diminished after its defeat in the Thirty Years’ War.

Bruno Leal Pastor de Carvalho is History Professor in University of Brasília (UnB). He is also Editor in chief of the Café História.

This text is a translation from the Portuguese version made by Tira Text.

CARVALHO, Bruno Leal Pastor de. The Peace of Westphalia: a landmark for international relations (artigo).  In: Café História – history made by clicks. Available at: https://www.cafehistoria.com.br/westphalia-peace-landmark/. Posted on 23 Jan. 2020. ISSN: 2674-5917. 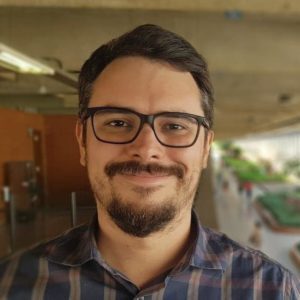